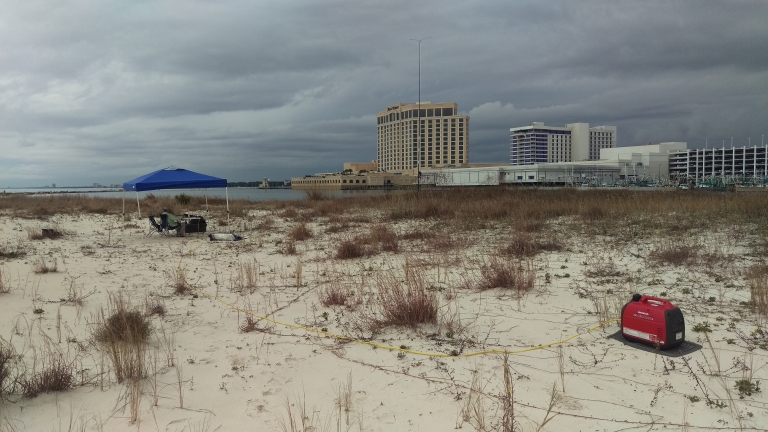 The Magnolia DX Association (MDXA) operated from Deer Island in the Mississippi Sound, just offshore from Biloxi, Mississippi on Saturday November 21, 2015 using our club callsign K5MDX for the purpose of qualifying the island with the United States Islands Awards program as Island Number MS011S. Our operation was shortened by rain, but we accomplished our goal of qualifying the island.

Our station on the island consisted of a Yaesu FT-897 running 100 watts to a SteppIR CrankIR vertical over a raised counterpoise. Power was provided by a Honda generator.

The essentials for our Deer Island operation were generously provided by the following:

The Island: The Mississippi Department of Marine Resources.

The QSOs: Thanks to all of those who took the time to call us and help us reach our goal of qualifying Deer Island! We logged 72 contacts in about 95 minutes of actual air time before the rain started. We worked stations from coast to coast in the United States and also worked stations in Canada, the Czech Republic, France and Venezuela.